– by Times of Israel

Sophie Riegel has started pulling her hair out again. The stress of the COVID-19 pandemic has triggered a reversion to some unhealthy habits for the college freshman who suffers from trichotillomania and three other anxiety disorders.

Riegel, the author of two books on anxiety, was informed while home in New York for spring break that her university would be closed. She and her father immediately drove down to North Carolina and packed up her belongings with just hours to spare before the dorms were locked.

“I had no idea how long the wait would be until I could return to campus, and I didn’t have enough underwear,” explained Riegel about the determination to retrieve her things.

Riegel has been busy with online classes and virtual speaking engagements, but a planned lecture tour of summer camps has been cancelled. 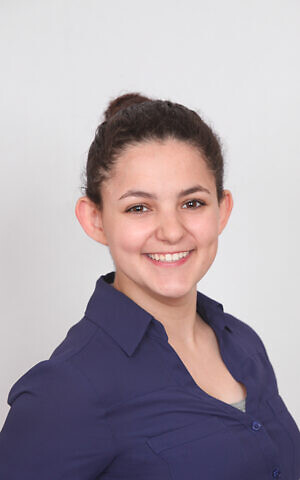 “None of us can make plans. Everyone is uncertain about the future, and uncertainty is the root of anxiety,” she said.

Adolescents are angsty and moody in the best of times, and the pandemic and its restrictions have either caused or exacerbated genuine mental health challenges. Professionals in the Jewish community were quick to identify that teenagers and their parents needed extra support during this difficult period.

Local teen-focused Jewish organizations and programs have swung into action to provide guidance, and the Jewish Teen Education and Engagement Funder Collaborative launched a multifaceted, interactive online resource for Mental Health Awareness Month in May.  The collaborative is a philanthropic experiment sponsored by a variety of local and national funders anchored by the Jim Joseph Foundation, and involves 10  communities. Through its “Collective Compassion” initiative, it is offering 23 different virtual workshops, discussions, and hands-on activities for teens, parents and professionals.

“Although this monthlong series of events is new this year, well-being of teens has been a concern for us since our inception in 2013,” said the collaborative’s executive director Sara Allen.

“We had always wanted to do something for Mental Health Month, and COVID amplified the need for it now, and for it to be virtual,” she said. 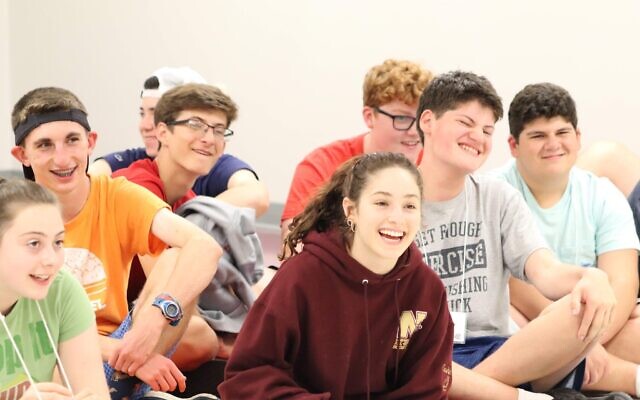 According to the collaborative’s wellness coordinator, licensed independent clinical social worker Margie Bogdanow, it was critical to include parents in the equation.

“There can be more friction between teens and parents now because of everyone being home together all the time. And in general, there isn’t a lot out there in terms of support for parents of teens. It’s important to provide this support to parents before their teens are in crisis,” Bogdanow noted.

Erica Hruby, executive director of the Jewish Teen Education & Engagement Network (JTEEN), started a virtual support group for parents and teens in late March. Once a week, parents from different parts of the United States come together to share their struggles and successes. 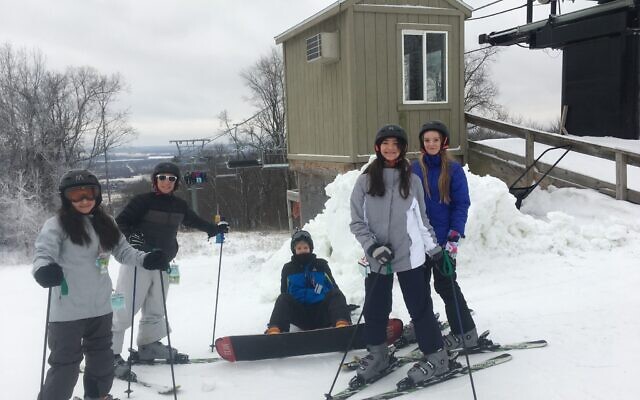 “These parents look forward to our conversations and appreciate hearing that others are experiencing similar challenges. They look to each other for guidance and as a non-judgmental shoulder to lean on,” Hruby said.

Accustomed to overloaded academic and extracurricular schedules, daily face-to-face interaction with their friends, and burgeoning independence, teens sense that their lives are on pause — with no definite restart point in sight.

It is no longer taboo to talk about mental health

This uncertainty takes its toll on many young people, especially those with clinical anxiety or depression diagnoses. Fortunately, many members of Generation Z and their parents do not regard coping struggles as a sign of weakness, and are willing to seek help.

“It is no longer taboo to talk about mental health,” said Gail New, a mother of three — including 16-year-old twins — who sits on a key committee at her children’s school in Marblehead, Massachusetts. “The subject comes up at every meeting we have.” 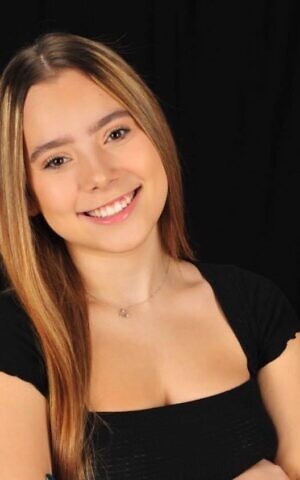 “My generation is so great about trying to break the stigma surrounding mental health,” said Ryann Bloom, an 18-year-old high school senior in Natick, Massachusetts, who has seen an uptick in anxiety and depression among her friends since the beginning of the pandemic.

Bloom finds going out into the world scary these days, afraid she could catch the virus. “I went to Target with my sister. She was okay, but I freaked out,” she said.

According to retired psychologist and adjunct lecturer at Hebrew Union College Betsy Stone, the best thing adults can do for teens is listen to them vent about how hard it is for them right now. She cautions that trying to impart perspective and reassurance to teens will backfire.

“They’ll perceive that as you not really wanting to listen to them,” she said. “Just listening to them express themselves is a huge act of love and holiness.”

There are definite downsides to families being cooped up at home for months at a time. Conflict should be expected as a result of this unprecedented forced intimacy, with a perceived lack of privacy and personal space.

However, Stone pointed out that this is a perfect opportunity for parents to help their teens build character and work on who they want to be as members of their family and individuals. Part of this involves insisting that teens do chores to help keep the household going. Stone suggests giving teens choice in terms of which jobs they take on so they maintain some control.

“Parallel play” is also important as a way of spending quality time together as a family, and as a way for parents to be emotionally there for their children.

“Watch TV and movies together. Do puzzles. Play board games. Do stuff your teens like to do even if you don’t like it,” Stone said.

Ben Suffel, a high school junior in Owings Mills, Maryland, has enjoyed eating dinner every night with his parents and twin brother. The 17-year-old has also liked running with his dad and just hanging out on the front porch.

He misses seeing his track teammates and friends from his synagogue youth group, but he has found that keeping in regular touch with them online has been a good second-best alternative.

It’s been harder for Bloom, who has struggled with the forced social distancing from her friends.

“I’m a social person and crave in-person connection. I like physical contact and hugging as part of showing emotional ties to people,” said Bloom, who is a leader in the Boston Jewish teen community.

Spending so much time in her room has gotten Bloom a bit down. She has found herself hanging out on social media just to pass the time and quell her boredom. “I’ll be scrolling through TikTok for hours,” she said. 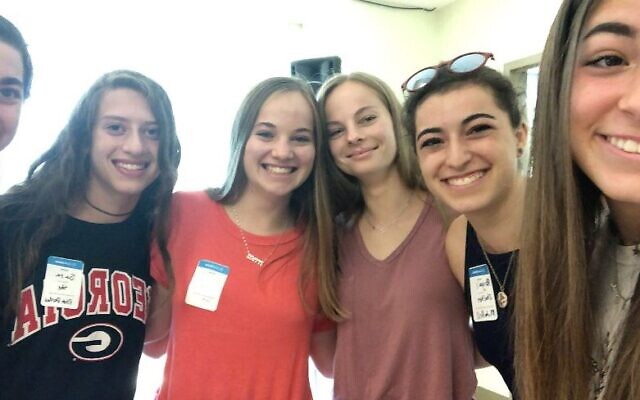 Teenage girls from the Atlanta Jewish community. (Courtesy of JumpSpark)

Riegel warned against overdoing the social media exposure and following the news excessively.

“Not everything circulated is accurate, nor are statistics necessarily relevant to where you live. You really have to contextualize so you don’t catastrophize,” Riegel said.

An opportunity for independence

Samantha Vinokor-Meinrath, associate director of adolescent initiatives for the Jewish Education Center of Cleveland, has discovered that the COVID crisis has helped many teens become more independent and responsible about managing their time.

“I’m seeing teens develop their own coping skills and new levels of self-awareness. I’m hearing teens describe going for daily runs, getting full nights of sleep because they’re able to set the agenda of the day according to their own rhythms, and realizing when their screens aren’t a substitute for the longing for human connection,” Vinokor-Meinrath said. 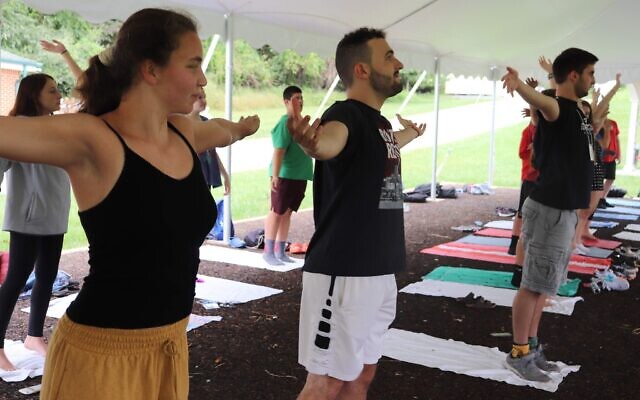 Suffel agreed about the benefit of setting his own schedule. He has been less stressed doing his school work at home, because he can do it at his own pace and not be distracted by the school environment.

The recent announcement by Jewish summer camps that they will not operate this summer has been a hard pill for teens to swallow. New’s twins’ trip to Israel with their Jewish camp has been cancelled.

“They’ve been commiserating with their friends, but I think they are still in a bit of a state of denial,” New said.

Bloom, who is set to begin studying criminal justice, criminology and psychology at the University of Maryland in the fall, feels robbed of her final semester of high school. There are tentative plans to hold her school’s graduation ceremony in August. 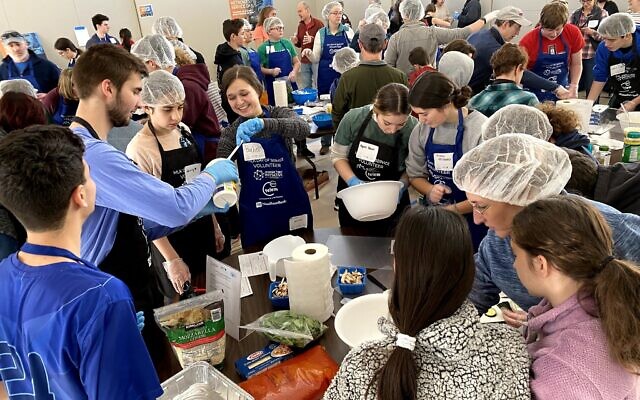 For some teens, being introspective can help. Aaron Henne, artistic director of Theater Dybbuk in Los Angeles, is offering a “Storytelling for Sanity” workshop as part of “Collective Compassion.” Henne believes in the power of creative expression and the arts to help people navigate difficulty. For the workshop, he will focus on storytelling as a vehicle for connection, understanding, and healing, particularly in the Jewish tradition.

“The intended primary audience of my workshop is teens who are open to connecting with their own inner voices at this time. They’ll have the chance to write their own story so that they can keep it and refer to it in the future,” Henne said. 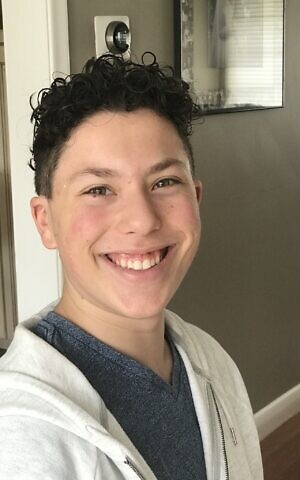 It is also important for teens to look forward to things they can return to when it is safe to do so. If his plans to work at a local JCC day camp fall through due to COVID-19, Suffel is committed to being as active and busy as possible this summer. Bloom has already lined up a college roommate and has been coordinating with her about décor.

Allen has found that teens who have shown agency, turning to action, purpose and meaning, have exhibited resiliency. For instance, Houston brothers Matthew and Jeremy Jason took on a major project making protective face masks from kippahs for the homeless.

Toronto teen Sammy Ginsberg intends to grow his blossoming baking business this summer. The 15-year-old self-taught baker has seen the number of orders for his creatively decorated confections soar since mid-March. Sheltering at home with his parents and sister, Ginsberg has focused solely on his school work and his baking.

“I’ve been fulfilling an average of eight orders a week, and I have had to turn down a lot of orders,” he said. 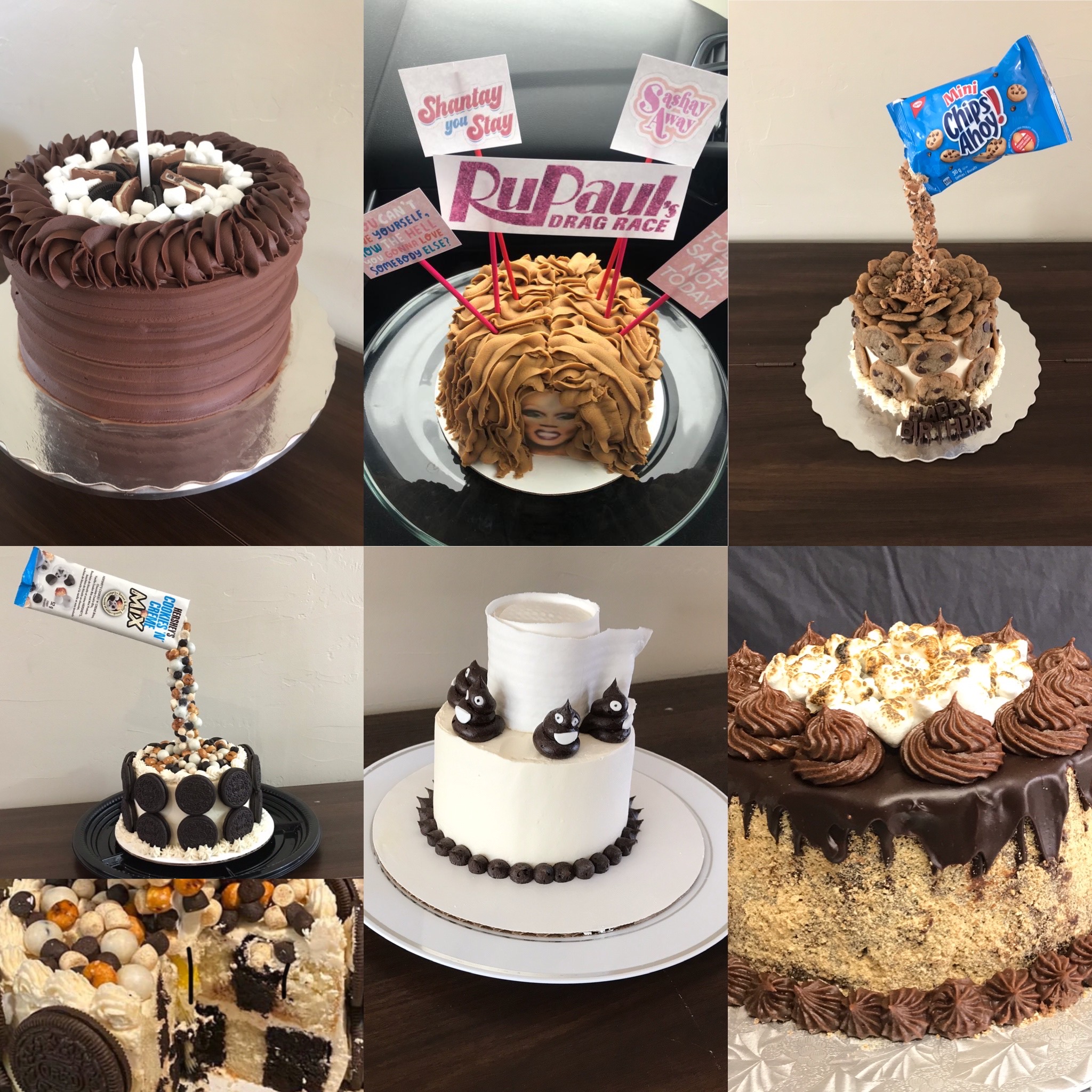 A selection of cakes from Sam’s Sweet Creations. (courtesy of Sammy Ginsberg)

Ginsberg has been leading free instructional baking sessions over Zoom, and gives 20 percent of the profits from his cakes, which range for $55 to $300, to the Frontline Fund. He even lined up two matching donors to triple the impact of his gift.

Ginsberg’s baking has kept boredom at bay and helped him stay motivated toward the end of this usual school year.

“Most of all, it’s kept my mind off the scariness of this worldwide pandemic,” he said.